A new house on the canals in Mandurah.

By nature, the site slopes heavily from the street down to the water, encouraging the typical response of a three-level home, with living at street level, bedrooms above and boat shed / games room below.

However, this response means the water is only visible when occupying the canal-side margins of adjoining spaces -- by glancing downwards toward it.

We were interested in making the most of the water, so we instead proposed a terraced plan, that would bring the canal into focus from pretty well any vantage point in the house.

From the point of entrance into the house, the canal becomes the backdrop, looking down across the cascading levels of kitchen, dining, living and library. Turning the view downward has the added benefit of editing out neighbours' houses across the water.

A timber batten screen shrouds the upper level of the house to manage solar ingress and privacy. This device also assists in framing the canal vista.

The other move was to dedicate the northern part of the site to terraced garden, in order to admit winter sun, year round natural light and a pleasant aspect to all rooms of the house. 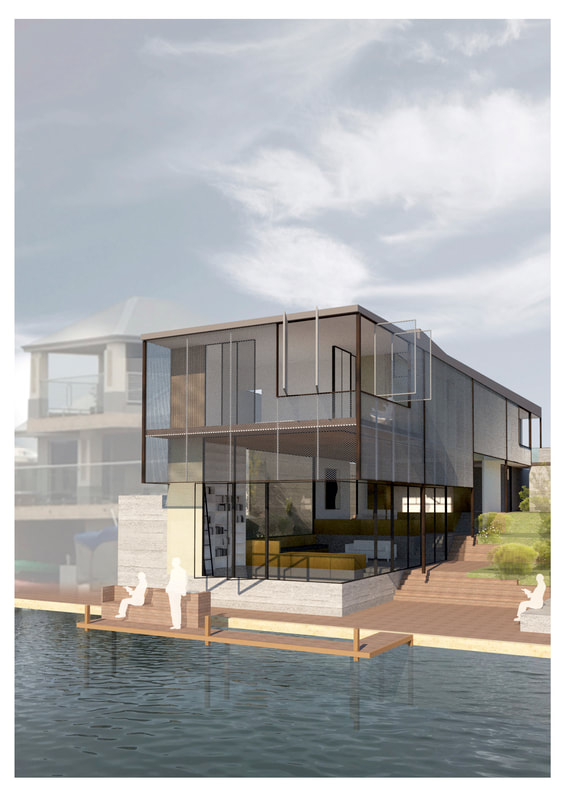 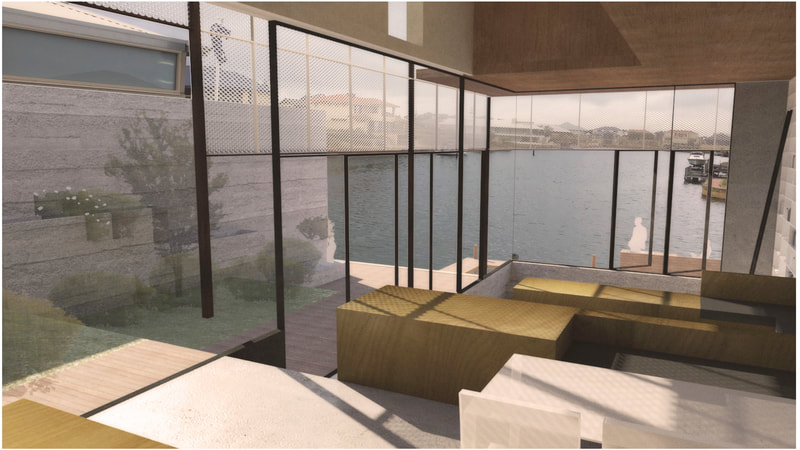 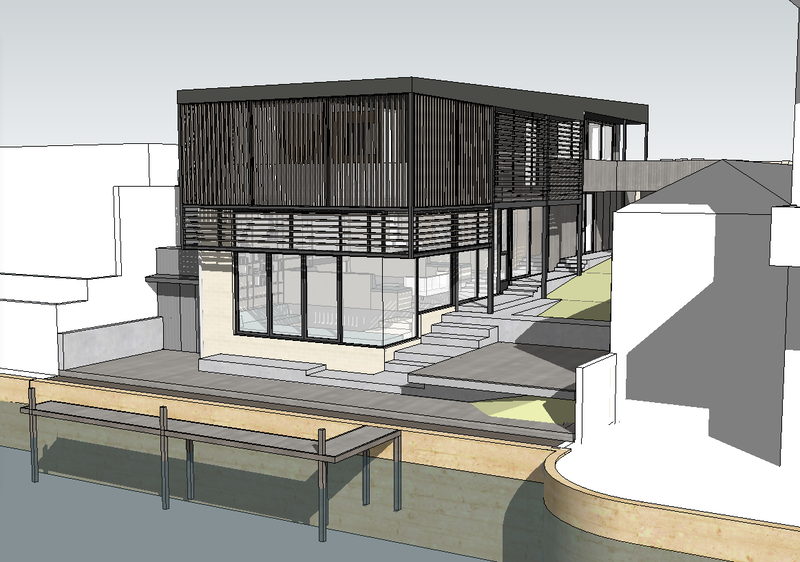 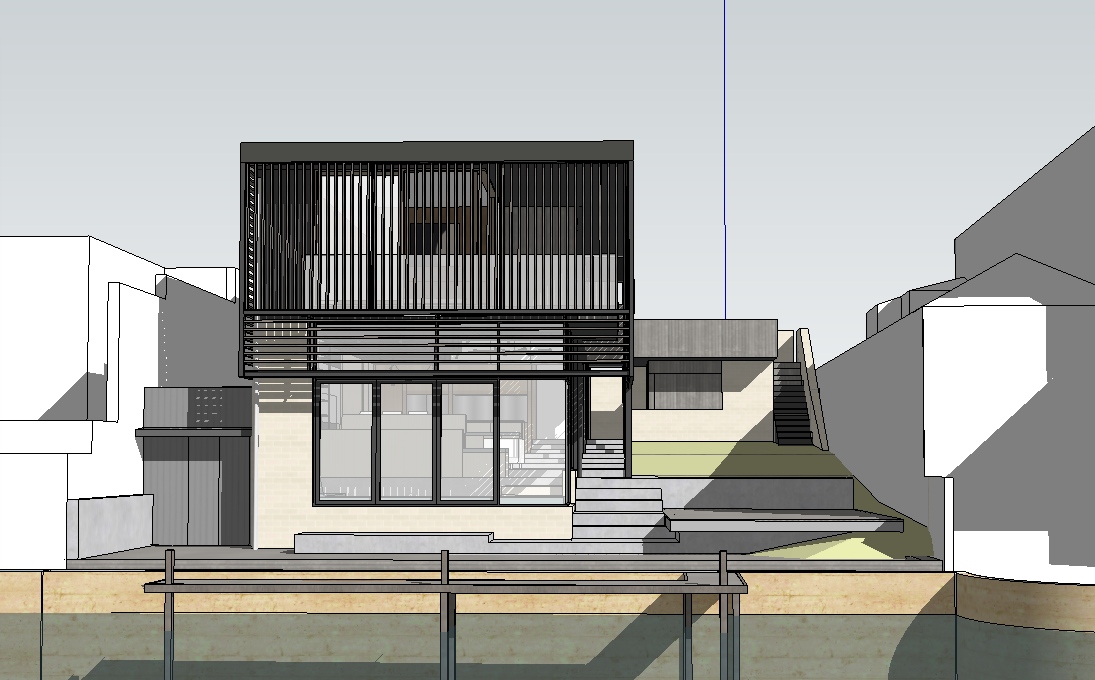 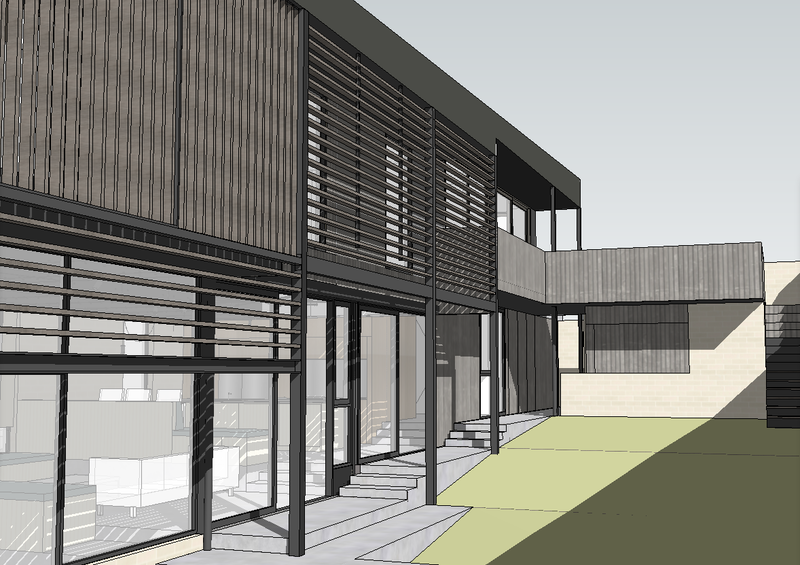 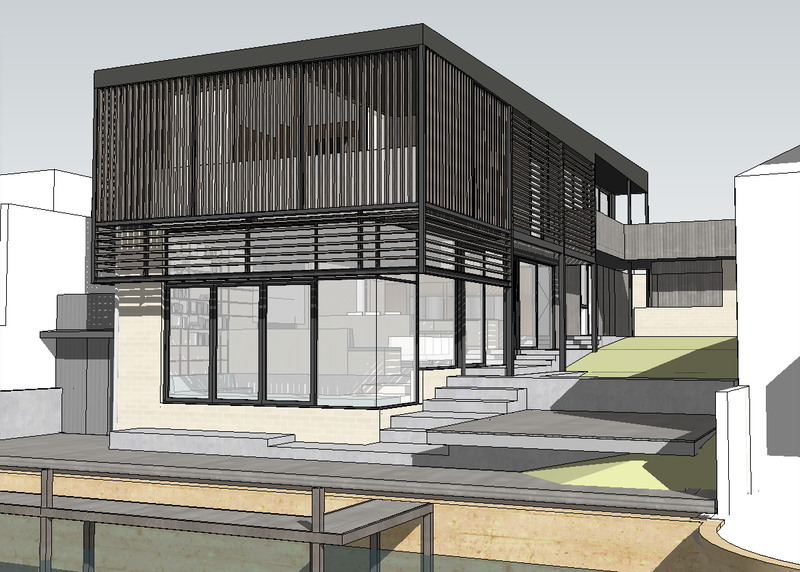 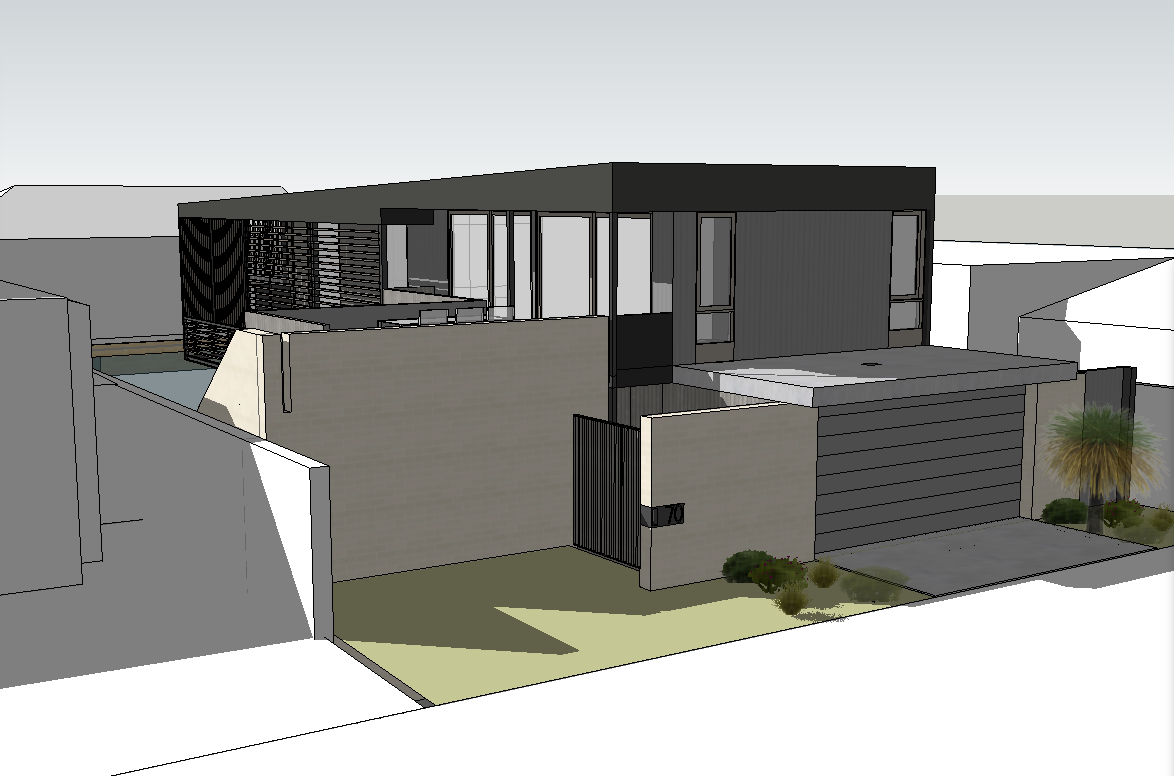 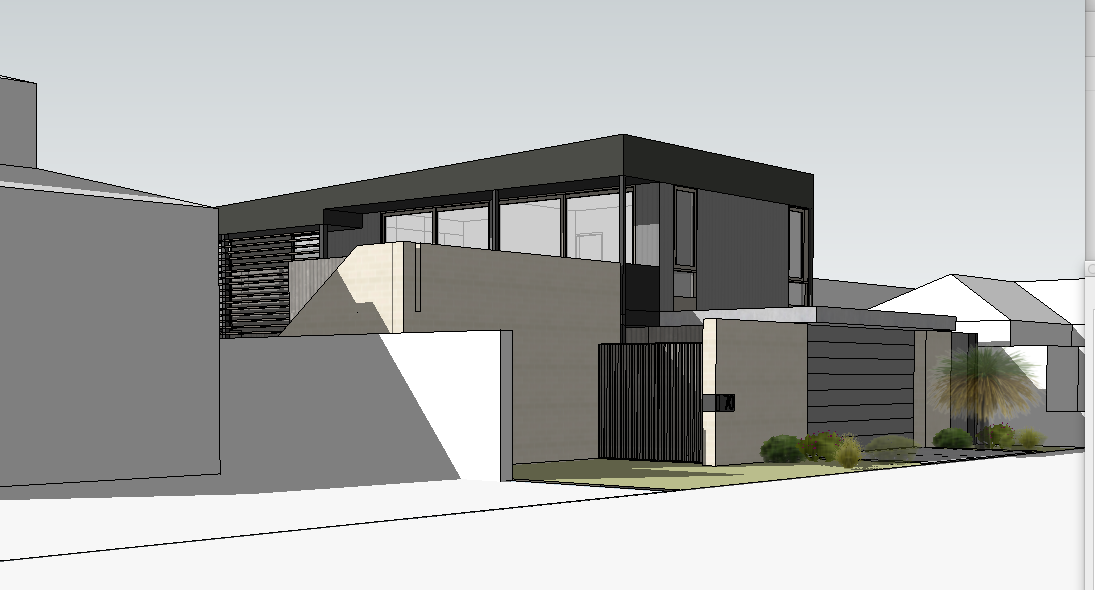 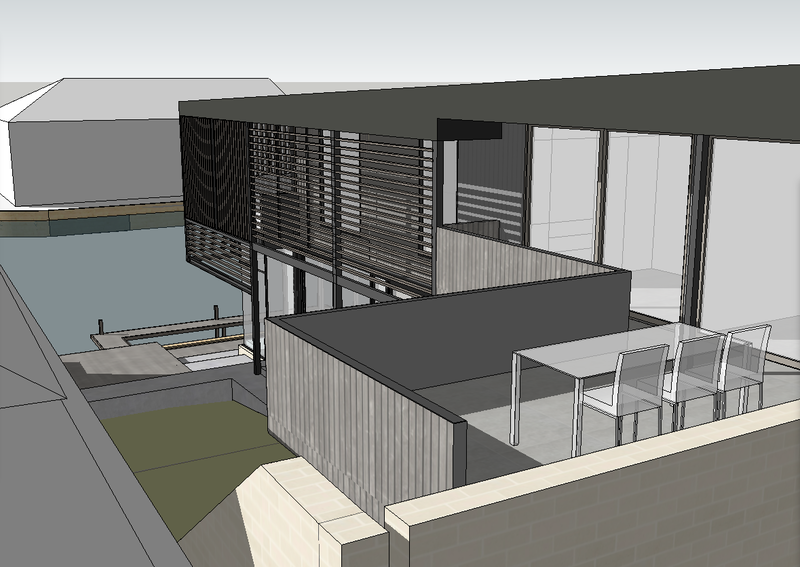 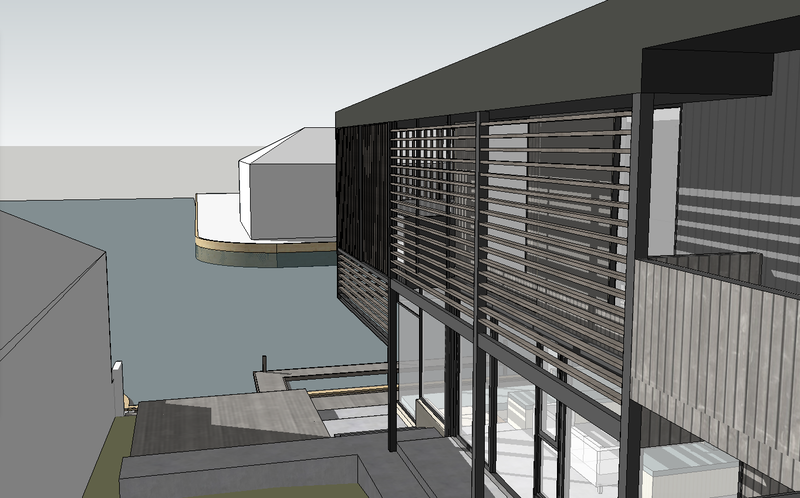 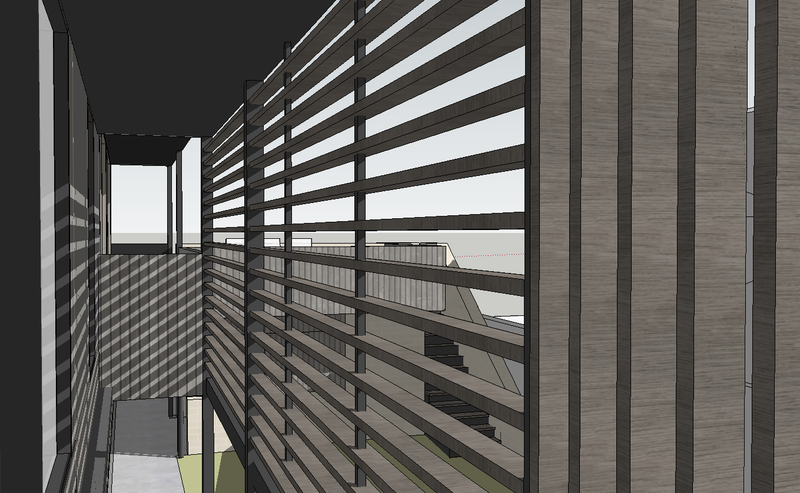 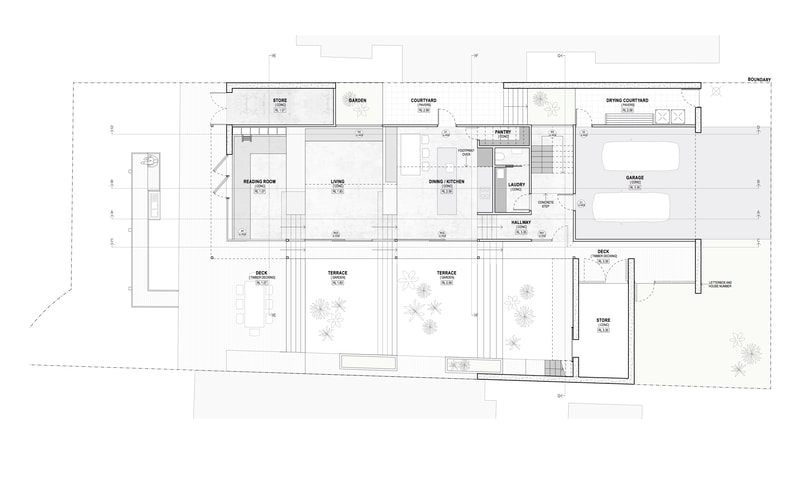 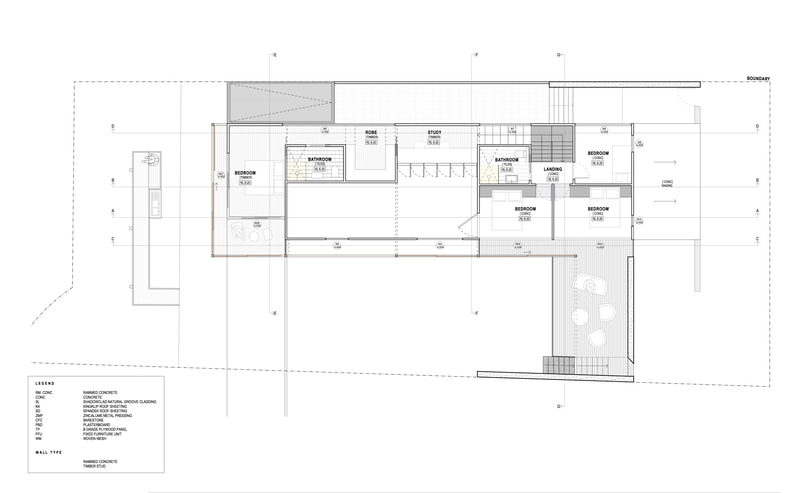