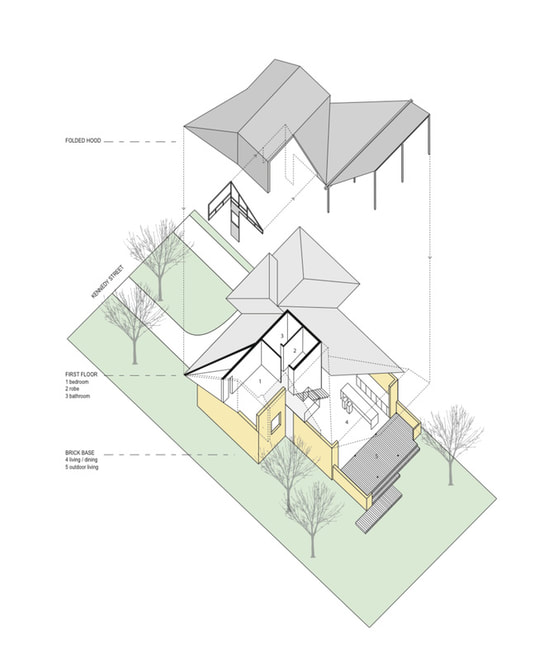 A project in Melville, comprising a new first level extension and expanded living areas to the ground floor.

The form of the project tries to avoid dropping a second storey onto an existing single storey building in the conventional stacked configuration. Instead it is conceived as a folded roof plane that 'drapes' over the existing building responding to the contours of its roof in some areas, in others concealing new program beneath. In yet other places this roof form folds to frame views of Perth City or existing features in the backyard, for instance, the pool. 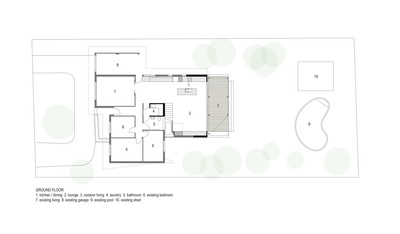 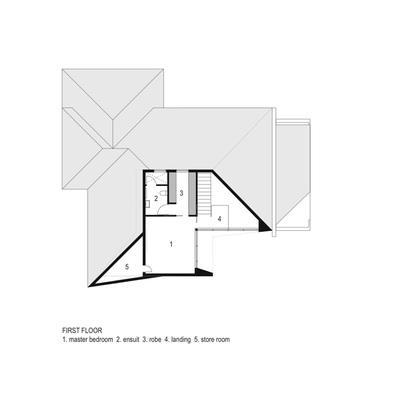