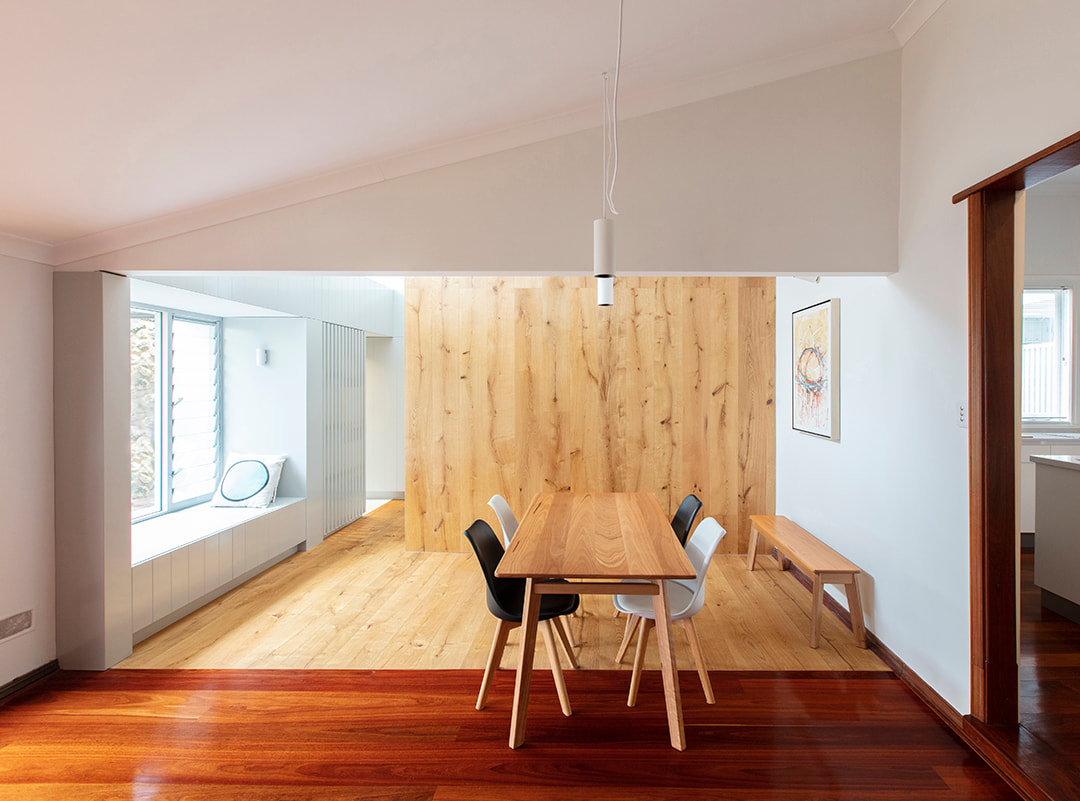 A small addition to a weatherboard worker's cottage in Beaconsfield, WA. The requirement was to replace the existing constrained bathroom / laundry with a new space that would be a joy to inhabit. At the same time to increase the size of the adjoining dining room by claiming part of the existing driveway.

The gesture is simple. We grab light from the south through a clerestory window, which also admits the sea breeze. Cabinetry, toilet and shower are contained in a thick 'band' that commences in the extended dining area in the form of a new daybed, then winds around the corner to loosely define the bathroom space. Central to this new area is a free-standing tub with sky views to the south. The continuous new timber floor connects public and private, to emphasise the aspiration for a more seamless life. 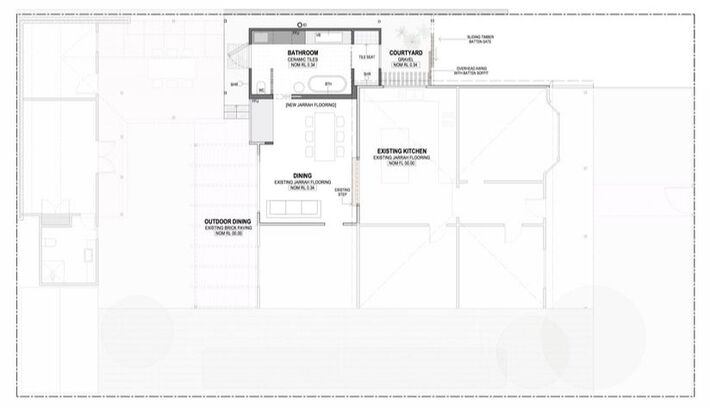 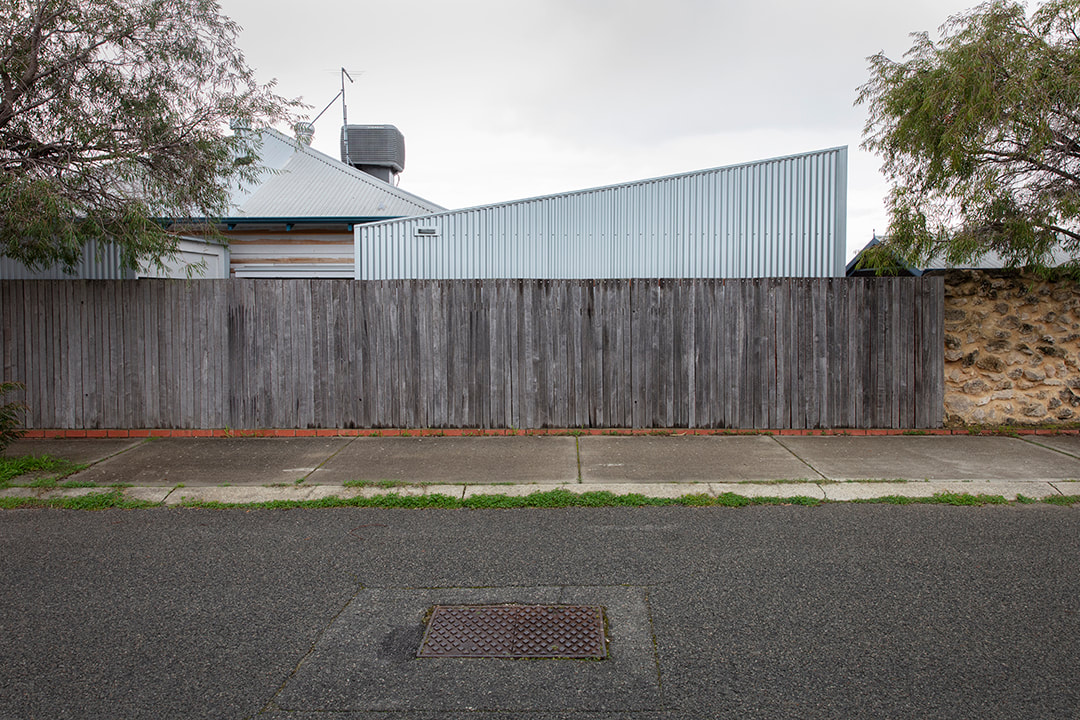 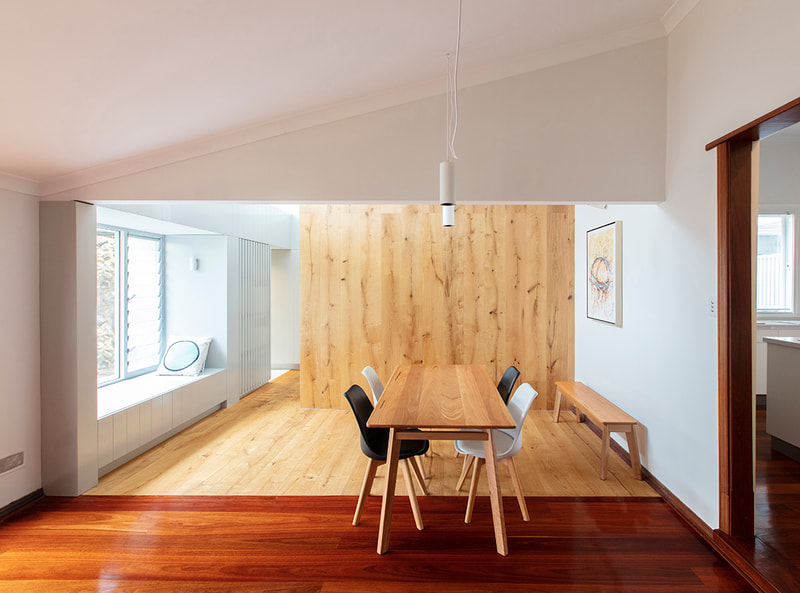 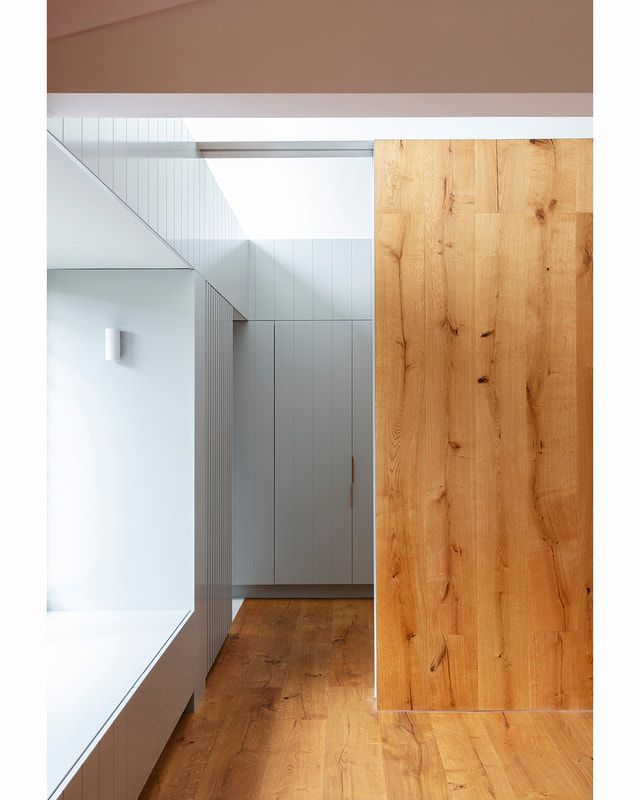 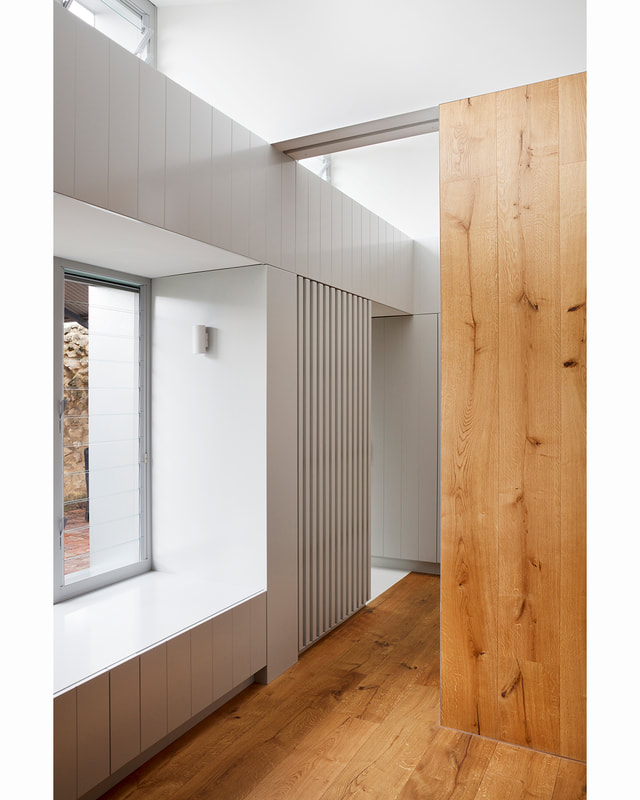 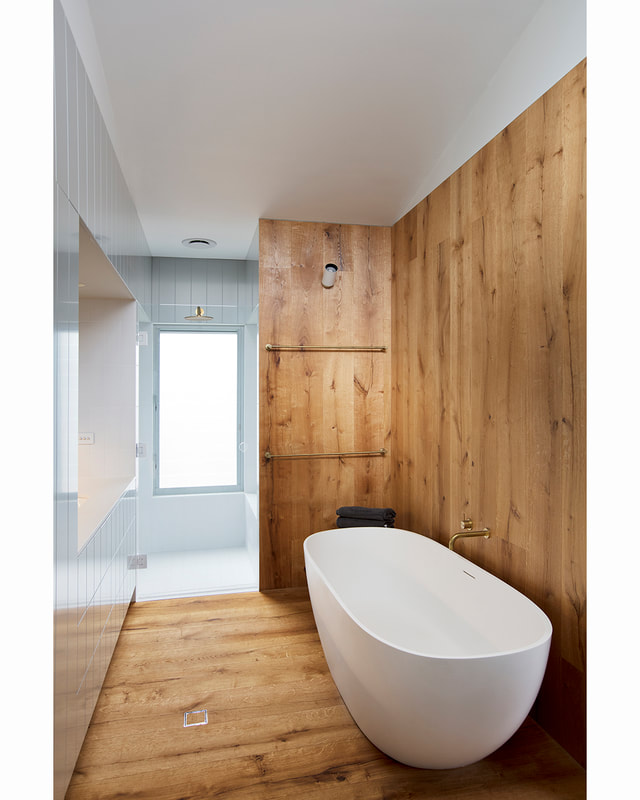 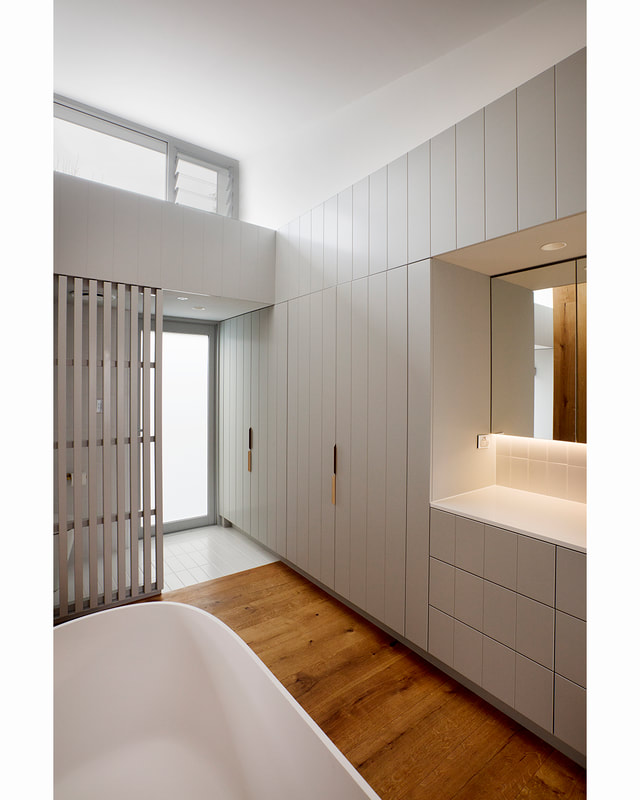 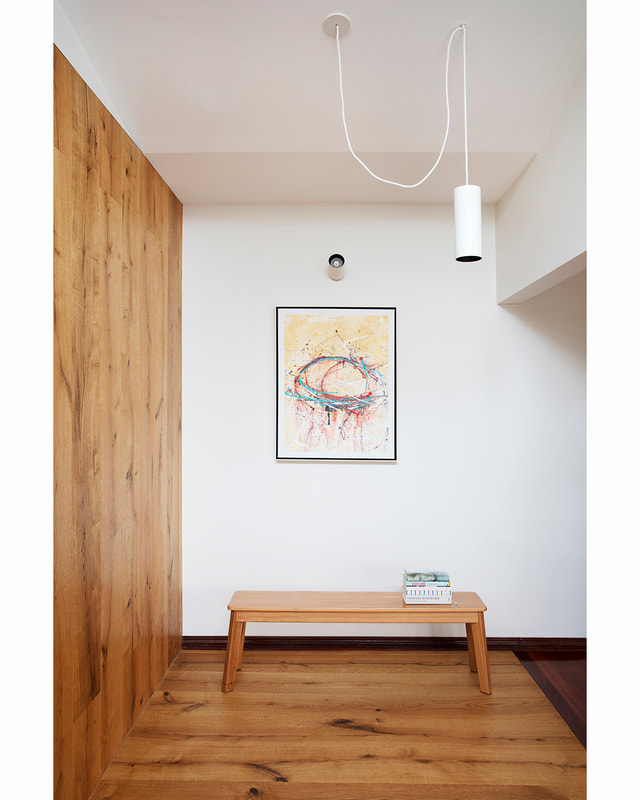 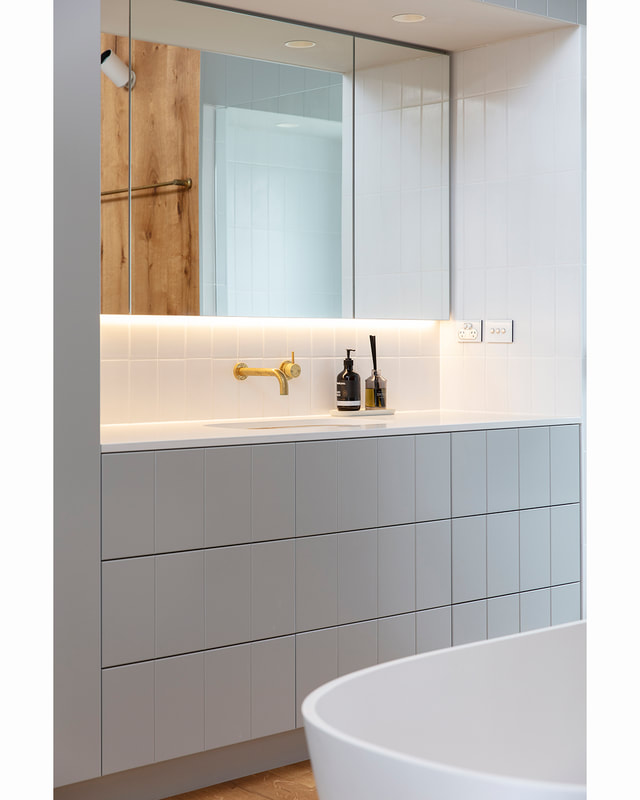 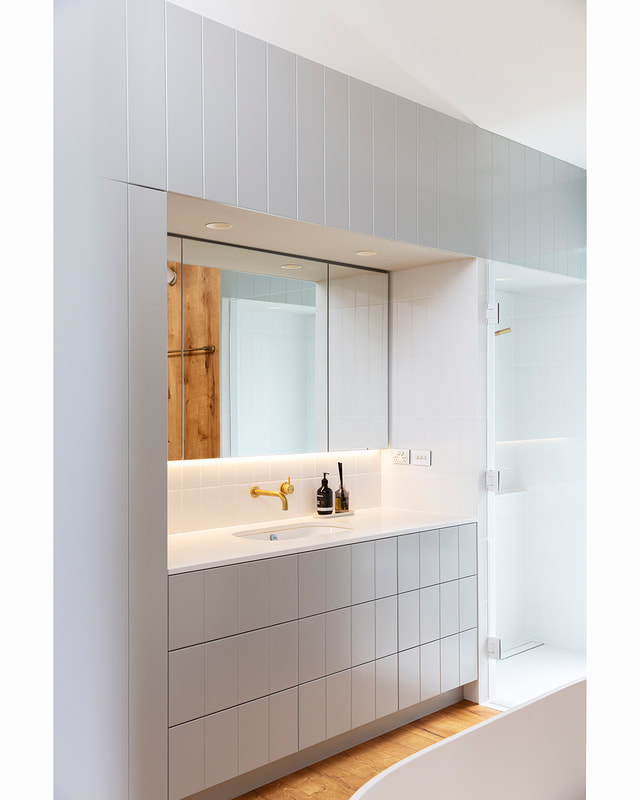 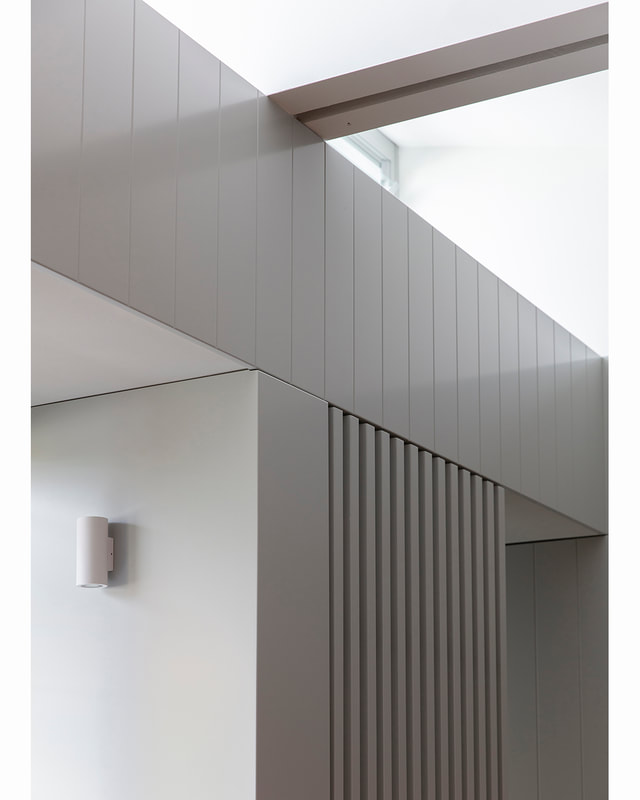 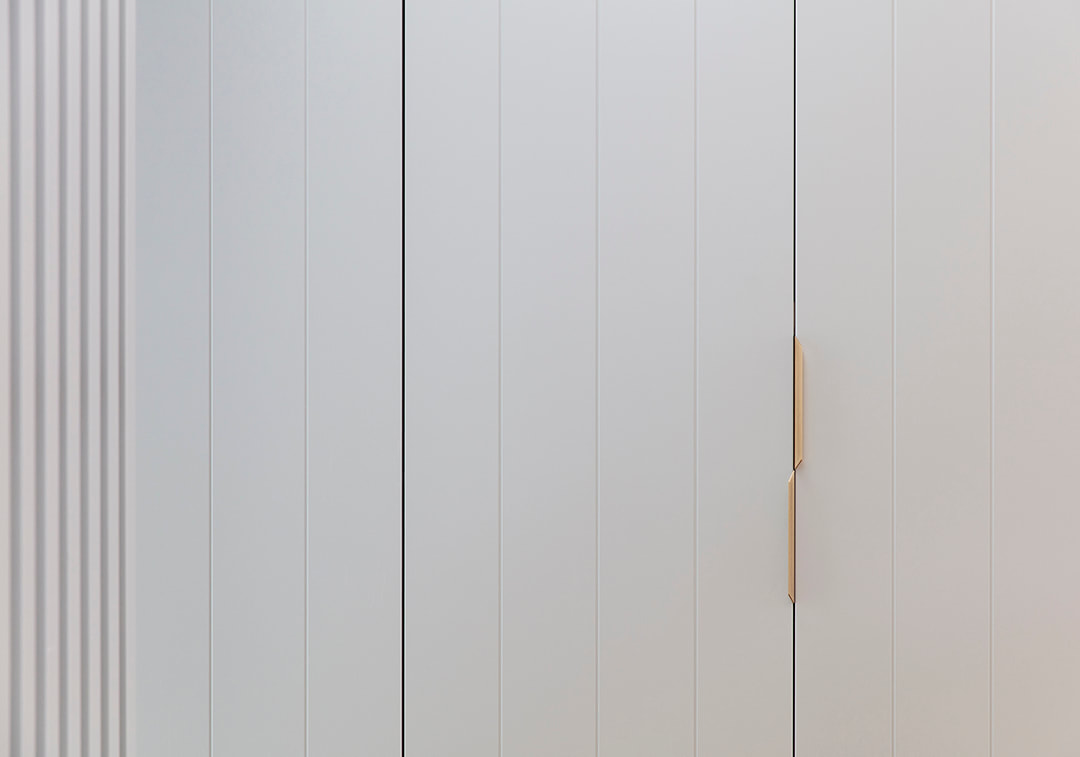 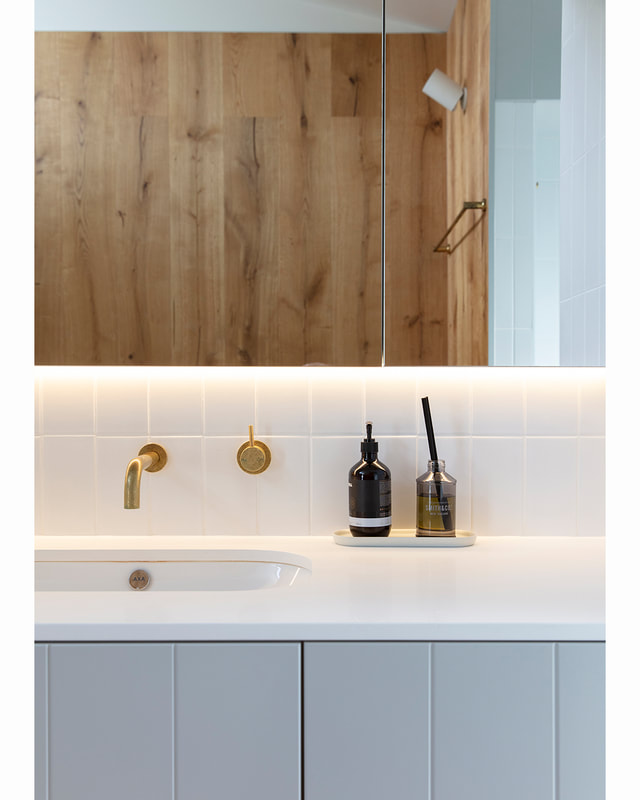